Raised as a pastor’s kid, Troy was a little bit rebellious when he was younger. But as he grew up and his relationship with God grew as well, Troy stopped rebelling and started obeying what his Heavenly Father wanted him to do. Much to his surprise, God wanted him to make a movie. God wanted to use Troy for a special purpose, and He wants to use you as well.

Here is Troy’s story of Change. 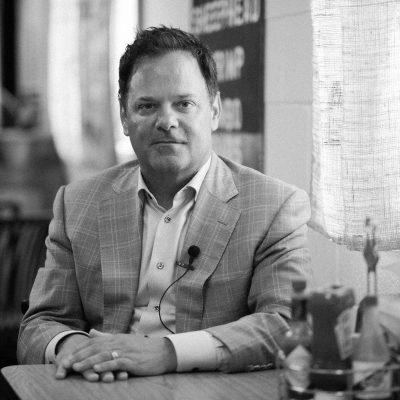 I remember at a very young age, about 1975, my mother filed divorce. My daddy loved my mother, but he was an alcoholic. His manager, his used car manager convinced him that, to try and save your marriage, you should try going to church. Long story short, he gets out of the car business and becomes a preacher. So I grew up in the church with a father who was a preacher. I was a rambunctious, rebellious pastor’s kid. So yes, I looked good on the outside, but on the inside, I was a hurting young man. Although I was very successful, making a lot of money at a very young age, but I wasn’t serving God.

I had gotten myself into a very, very tough situation and at that moment I had to get on my knees. I remember my dad come to me and I said, “Dad, what’s going to happen?” And like any son, you want your dad to fix it. He is looking at me and he goes, “Son, nothing is going to happen. God is pruning the vine. He is separating everything between you and Him. So everything you put between Him, He is going to remove, so that He has you 100%.” I eventually began to surrender. From 30 on, for the last 25 years, there is no doubt in my mind that what God has allowed me to succeed at and what God has allowed me to get through, that God has had His eyes and hands on me.

My daughter, they always tease like soccer moms or traveling baseball dad, well, I was acting dad. I had to travel the country because my daughter was in this movie, this concert. I remember being on a movie set and I got a phone call from a dear friend of mine and he says, “Troy, I want to do a film. I want to write a book called God is Not Dead.” At that moment, on that phone call, I’m on a movie set and the Holy Spirit hit me hard. And I’m like, “Really Lord? Me, do a movie?” I have never done a movie in my life. I had to make a decision at that moment. Was I going to be obedient to God or was I going to second guess my worthiness? Would God really use me? To this day, they are telling me over 400 million people on this planet have seen that film.

If He can use me, He can use anybody. The key is, are we spending time with Him to know what He wants me to do? That’s the key. I tell people all the time, God uses people in special ways and maybe you don’t do movies or maybe you don’t run businesses, but that doesn’t mean He can’t use you and that doesn’t mean that you won’t experience the peace and the purpose that’s priceless. I’m Troy Duhon and He Changed My Life.