Meredith may have been raised in a house with a Bible, but until recently she hadn’t had a personal connection with God.

As an artist, she was able to connect her love of creating with the Great Creator Himself, and learn that her gift of art was a God-Given talent. She’s found joy and peace in learning how to walk with God. 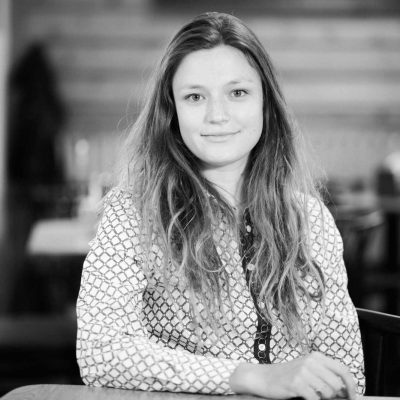 We have an old Bible from the 1800s. Mom was like, don’t touch that one it’s old. So we didn’t have a Bible to read my house, even though we’d been Christian my whole life. I’d always thought that you had to feel guilt and shame to know Jesus.I was like, okay, I’ll go to church with you. It’s going to be the same old thing. I’ll dress up, I’ll sit there and I’ll just see a lot of irony around me.

First I went and I said like, okay, I think I liked what he said. I was like, I’ll come back next week. And then the next week it was like, all right. And I guess like the whole time I was just looking for some reason to go like, okay, I’ve heard this before. It seemed like a great idea. It just didn’t seem realistic. And this church showed me that it’s realistic, but it comes from knowing Jesus it’s really changed the idea of love for me. That was, I don’t mean to get emotional about it. I’ve always had a gift drawing and I remember being at my friend’s house and she had bought me, the same friend. She bought me a Bible and I’d said, is there any part of the Bible that talks about gifts?

I don’t know if the more you study it, the more Christ-like you become. There’s just such good people in my church that I would hope to grow to where they are. I thought I was seeing Christians, but these are people who are followers of Christ. So, there’s a big difference to me in people that believe and people that follow. There’s so many things I’ve learned within the last year. I can’t imagine where like the next year will take me. I’m Meredith Graf, He Changed My Life.