Sometimes, it seems like you have it all, but there’s still SOMETHING missing.

Don felt this way, when the worst thing in a parent’s life happened to him: he lost his son.

It’s only through God that he was able to come through this experience, not broken, but finding a peace that doesn’t make sense. The peace that God give us. The ability to change our lives for the better when all seems lost. 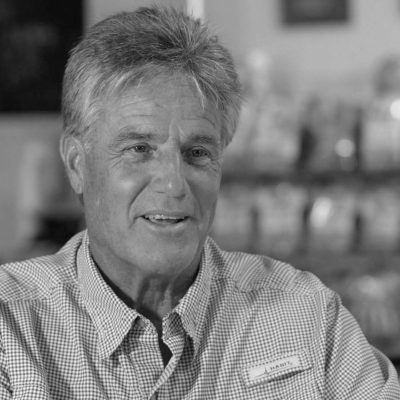 They were all drinking and having a good time. This kid had the GHB drug in a Gatorade bottle… my son  Brandon loves Gatorade, so unbeknown to him, what was in it, he drank half the bottle and he had the GHB drug in it. So it suppressed him to the point where it stopped him from breathing.  It killed him.

When he got into Charity, they said that he had already stopped breathing 10 to 12 minutes.

11 days, we were there doing everything I could do, medically speaking, humanly possible to try to get life back into my son.

The nurse said, “You can talk to him. He can probably hear you. He won’t be able to respond, but he can hear you.”  I was just telling him how much I love him. I told the Lord “Lord don’t take him; take me.” He was only 18. As I was talking to him, I had seen a couple of tears coming down his eyes. I knew at that point he could hear me.

They asked if we would donate his organs. We said yes, and by saying that 9 people’s lives were saved, by donating his organs.

God put on my heart to pick up his word and start reading it.

The first thing that he revealed to me was in John 14:27 with Jesus said, “Peace, I leave you with. My peace, I give to you; not as the world gives, do I give.” He said, “Do not let your hearts troubled, nor let it be fearful.” That scripture came off that page and went this heart here and it hasn’t left for 18 years. I never ever felt this way ever in my life, never in my life.

I was asked to go to Cabrini one time to get my testimony, and I wound up going seven times. On the fifth time, my wife, she came with me and she stood up. She stood up and said, “I just wanted to let y’all know that I would rather be where I am today in my walk with the Lord, than to have my son back.” I just looked up and said, “Lord, only you could have done this and you have done it.” She had found that peace that God had given me in that hospital.

My name is Don Bourgeois and He changed my life.